In 2006 our neighbor Paul, together with friend Joost in Sweden, joined Michael Reynolds' team to build an Earthship hostel.

After that vacation, he held a presentation with photos of tire stamping and talked about the low-tech design of the Earthship. After that presentation in which Estella and Mirjam were present, we shouted to each other: “We want that in the Netherlands too!” It didn't stop with an idea. We formed a group and the Association of Earth House East Netherlands was founded.

The province of Overijssel had a subsidy pot for CPO; collective private commissioning. With this we hired Katja van der Valk. She guided us in the research and feasibility phase of our project.

In 2007-2008 we conducted a feasibility study. This research mapped out the technical, legal and financial preconditions for the realization of approximately 20 earthen houses within a radius of 10 km around Deventer.

The Earthship concept is laid down in the three books by Michael Reynolds. The Netherlands is located in a temperate zone, so it seemed sensible to us to first investigate which specifications apply to an optimal Earthship in our climate. Several technicians have worked on the calculations for the Dutch Earthship and with that we were able to contact an architect who is familiar with the building code.

Which specifications apply for a working earth house concept in our climate zone? For example, the height of the window frames for optimal sunlight. Insulation of the rear wall. Water extraction and drainage. Choice of materials and connections between building materials.

In the Netherlands, the Building Decree applies and car tires are not included as building material. To do this, we had to demonstrate that these different building materials meet fire safety and environmental requirements.

We have called in financial expertise to map out the costs of using second-hand building materials and building it yourself.

Through yoga teacher Dick we came into contact with the then alderman for spatial planning of Olst-Wijhe Ans Otterloo. Ans has advocated for us within the college to offer a piece of building land on the south side of Olst. The Municipality of Deventer considered such a project too risky.

We have concluded 3 cooperation agreements. 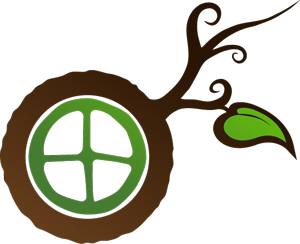 General questions: This email address is being protected from spambots. You need JavaScript enabled to view it.

Contact for media, movies and photography projects - Mirjam Burema: This email address is being protected from spambots. You need JavaScript enabled to view it.

Guided Tours: This email address is being protected from spambots. You need JavaScript enabled to view it.

Manager Middenhuis: This email address is being protected from spambots. You need JavaScript enabled to view it.

Webmaster - Karin de Gorter: This email address is being protected from spambots. You need JavaScript enabled to view it.

Please do not send your email to all the addresses above. This will slow down the handling significantly. Thank you!